It seems like each cruise line has their own “private island” where they make a stop for you to enjoy various water activities, light shopping, heavy eating, and/ 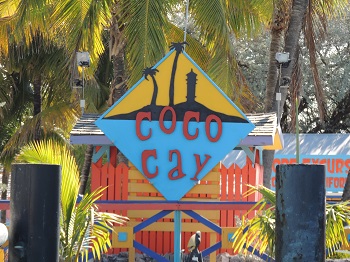 or a relaxing day at the beach.  We stopped at Royal Caribbean’s Coco Cay.  Unlike Nassau, we had to take a tender from the ship to the island.  I have taken many tenders on my various cruises and I have to say they are not my favorite.  Either you are one of the first people to get on the tender that you end up sitting there waiting for it to fill or you are the last people to get on and are stuck on the top deck with the sun beating down on you.  We were the former.  Coco Cay is only a mile long island that offered many activities from beach volleyball, scuba, snorkeling, kayaking, beach spa treatments, and a floating, bouncy area for the kids or brave adults.  We opted to kayak and snorkel.  I am so glad that we choose the kayaking tour.  We had a great tou 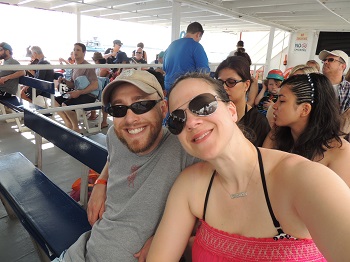 r guide who was from South Africa.  She was one of a handful of people who lived on the island for a contractual period of time and even though this sounds like a fun experience it apparently can feel like Gilligan’s island and buying personal products can be difficult, i.e. deodorant.

The kayaking tour was an hour and a half.  I am happy to report that we had calm waters that day so it was very easy to paddle.  Now when I am on the beach and I look out into the water and see the various shades of blues, I have always assumed that the really dark areas were deep.  This is not the case at all.  The darker blue areas actually had more seaweed growing there than the lighter blue areas but in either case we could get out of the kayak and stand in the water.  This was convenient when we found a conch along the way and got out to examine it.  We also encountered several sting rays with a wing span the length of our kayak, and I also got to hold a sea cucumber, which is nothing more than a big squashy blob with hundreds of tiny legs.   I highly recommend the kayaking adventure because you get to see a lot of the island when you are out on the water and you also get to see a lot of sea creatures in the safety of the kayak.  No sharks, but our tour guide was hoping so badly to see one as they were her favorite creatures. 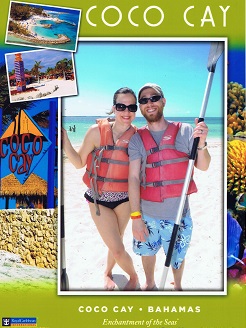 Now as I had said earlier, we had booked the kayaking and snorkeling tour.  Thinking this would be one activity we were surprised to hear that the snorkeling portion was on our own.  Now snorkeling is not my favorite activity.  A lot of energy and muscles are used that I personally don’t use on a daily basis but when in paradise act like you are in paradise.  The area they have enclosed for the snorkeling is really nice.  There is a natural reef and several man made reefs that they put in for fun.  When looking at this area on the beach it didn’t seem too large but half way through I was exhausted.  I had to take several breaks on the floating islands they have for us weak people.  The good news is there are three lifeguard stations around the area in case you get to tired to make it back to shore or get stung by a jellyfish.  If you are interested in snorkeling then I recommend do it in halves.  Surprisingly, these two activities with lunch made the day go by so fast.  Before we knew it we were back on the tender.

We had one last excursion to take the next day it was the Kennedy Space Center.  Unfortunately when we got back to our room the excursion had 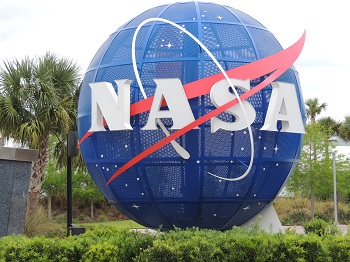 been cancelled due to lack of interest.  We were also told to set up a transfer at the Customer Service desk and when we got down there around 6pm they told us that they were not handling transfers anymore and we would have to do it once we got off the ship.  This was a bit confusing but the next day we opted for early departure from the ship and decided instead to rent a car.  When you get off the ship there are several buses for transfers to the airport and you can pay them right there or you can go a little further down the way to pick up a shuttle for any of the major car rental companies.  We rented a car from Enterprise and took our own tour of the Kennedy Space Center.  I absolutely loved the Kennedy Space center.  Their motorcoach tour was amazing or maybe it was the fact that our bus driver was amazing.  He was a retired engineer from NASA and knew his way around the island.  Our 10 minute tour turned into a private 40 minute motorcoach tour of areas I don’t think we were supposed to go to.  We actually drove behind the launch pad where the shuttles took off and saw one of the ground plates. 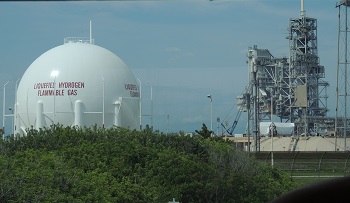 Now Florida is notorious for their thunderstorms and this day was no different.  As the storm clouds started to roll in we decided to head back to Orlando to grab some lunch in Downtown Disney.  I did have a plan to eat lunch in Downtown Disney at their new restaurant the Boathouse then do some shopping at the Disney store for the girls.  Unfortunately the rain had other plans for us.  We opted to eat at Bongos café since that was the closest to the parking garage.  In all the years that I have been going to Disney, this was the first time eating at Bongos.  I remember when it first opened it was so hard to get a reservation and they would have live entertainment at night.  The food was really good and the atmosphere makes you feel like you are in a Cuban restaurant.  With the rain beating down as hard it was we decided to call it a day and head to the airport to return our rental car and get through airport security.

My overall impression of Royal Caribbean was good.  I can’t say that I had a great experience because I didn’t get WOW’d.  I am still going to take a vacation on one of their Oasis class and Quantum class ships and I am sure that I will be over the moon WOW’d.  But, Enchantment of the Seas was a good weekend getaway cruise which if that is what someone is looking for then I would recommend this cruise.  Nassau has changed a lot since I was there last and I felt comfortable and safe doing my own thing instead of booking a tour.  There is still a lot for me to see there so I wouldn’t mind going back some day.   Either way, it was a great weekend with the hubby with lots of rest and relaxation. 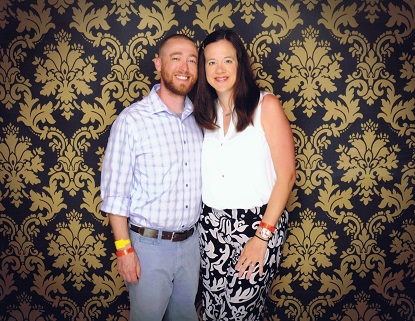