We talk about all the amazing rides at Universal Studios. Make sure to find out about one of our favorite “secret” places to go at Universal.

I fell in LOVE with the Parks at Universal Studios Florida!

A few weeks ago I talked about my resort experience at the Loew’s Royal Pacific Hotel on Universal Orlando™ property.  This week I want to talk about the changes I saw at the parks since having been there last in 1994.

One thing I like to do when I travel to a place that I haven’t been in a really long time is to imagine that I have never been there.  Why do I do this?  Easy, then I won’t be disappointed.  If I really liked a place, and it changed into something hugely commercial, tacky, with poor customer service, then I tend to be disappointed.  Now 23 years ago there was no Islands of Adventure™ and Universal Studios Florida™ could be done in only 6 hours.  Not on this trip!  It took us a good 2 days to get through everything, but we also had a secret in our pockets, Unlimited Express Passes!

When you stay at the Loew’s Royal Pacific, Hard Rock Hotel, or Portofino Bay Resort you will automatically receive complimentary Unlimited Express Passes.  This pass allows you to go to the front of the line on select rides an unlimited amount of times during your visit.  (Shhh, don’t tell anyone I am comparing this but for Disney people this is like having FastPasses for almost every ride!)  If you aren’t staying at one of those resorts, but are at one of the other resorts you can pay an additional fee for this Unlimited Express Pass or the Express Pass, which allows you to skip the line once per ride.  I prefer the Unlimited Express Pass because you are able to go to the front of the line an unlimited number of times for your favorite rides. 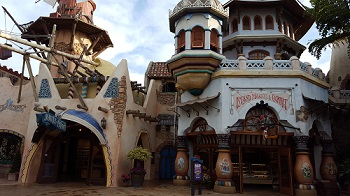 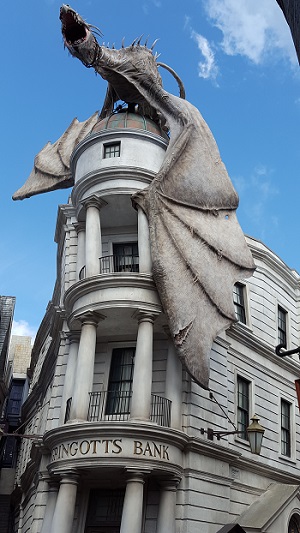 Having the extra passes was very helpful on our first day in Islands of Adventure™.  When I first walked through the gates, which had no lines because security is handled way before you get to the gates, I was amazed by the façade.  For me it felt like I was at the North Pole and Moroccan trading marketing at the same time, which gave me a very warm happy feeling.  Being on property resort guests, we were able to enter Islands of Adventure™ at 8am but we were directed to Harry Potter® world of Hogsmeade.  If you are a Harry Potter® fan, walking into Hogsmeade is like the very first time you sat down to watch the first Harry Potter® movie, AMAZING!  I felt like I was actually in the world of Harry Potter® .  Now Harry Potter® world is split over both parks and if you want to ride Hogwarts Express you must have the park to park ticket, and as much as I loved riding the train, it was not my favorite part of the Harry Potter® worlds.  My favorite part was in Universal Studios Florida™ the ride Escape from Gringotts.  A 3-D roller coaster taking you on a journey through Gringotts bank while escaping from He Who Must Not Be Named!  But first you have to find Diagon Alley in Universal Studios Florida™, which is hidden behind a huge façade. 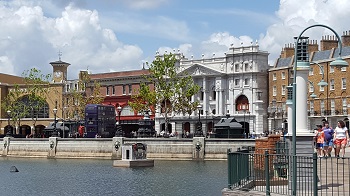 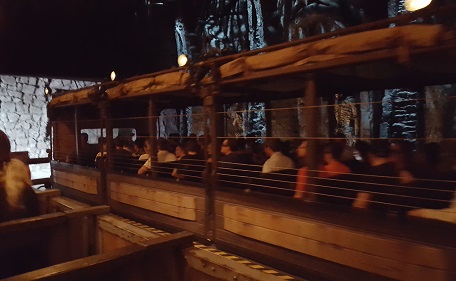 Let’s head back over to Islands of Adventure™ because I really was amazed at how real, authentic, and alive the attractions felt to me.  The amount of thought, care, and detail to plan out each attraction was the most surprising and exciting part of being there.  In Jurassic World™ the dinosaurs looked so real, and the ride made me feel like I was in the movie.  On the Kong ride, there were many times I felt like the truck was falling but it was just the 3D effects and mechanics of the ride.  I can go into each section of Islands but this would begin to get long.  One last thing I will say about Islands of Adventure™ is that no matter which section you are in, you really, truly feel like you are part of that world.

Now, let’s dive into Universal Studios Florida™, the originally built portion.  It is so much larger than it was 23 years ago, but to me the attention to detail was not as strong as the Islands.  It felt more like an amusement park than an experience, except when you are in Diagon Alley.  However, that all changes once you enter a building to get on a ride.  WOW, you are thrown head first into that attraction.   You feel like you are talking to Jimmy Fallon while racing around the streets of New York City, or looking down on the headquarters of Men in Black while waiting in line to shoot aliens with lasers.  The details that go into the rides, are like no other amusement park I have ever been to. 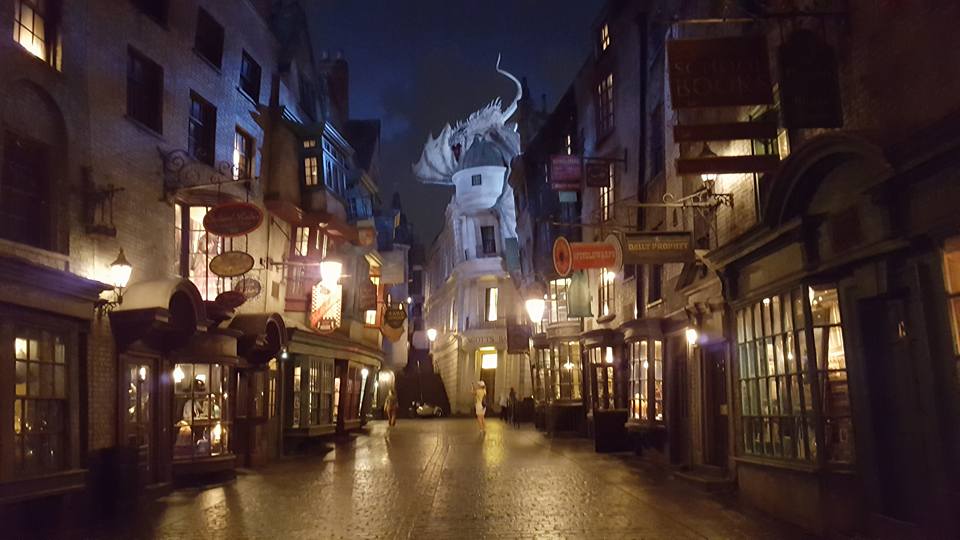 Overall, I loved my experience as Universal Orlando® and we will be taking the kids there soon.  Most rides you need to be 40 inches or taller to ride, but the play lands in Islands will keep those under 40 inches entertained for hours.  I must warn those who experience motion sickness on 3D simulator rides, this may not be the destination for you.  There are several rides where you have to wear 3D glasses to experience the full effect.  The effects are amazing, but will make you feel a bit off the rest of the day.

Mary is a graduate of the Disney’s College of Knowledge and a Universal Orlando Specialist. 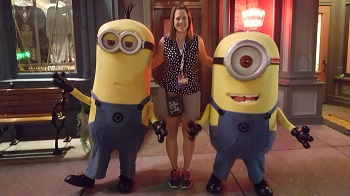