It has been awhile since I have written a review, and I think this is the first time that is it not going to be so nice.  I am the type of person who tries to see both sides of the story, which my husband doesn’t like, but I can’t even see the other side of the story when it comes to negligence at an amusement park. 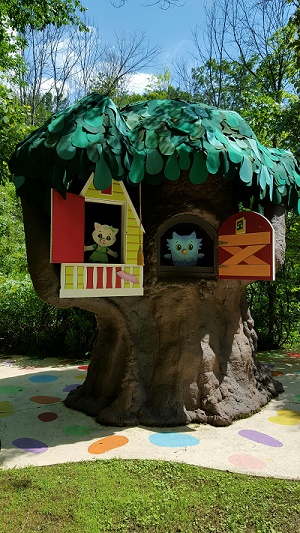 Over the weekend we took our family to Idlewild and Soak Zone Amusement park near Ligonier, Pennsylvania.  Ligonier is a beautiful town filled with amazing stores, restaurants, and the Ramada Inn which has beautiful, clean spacious rooms.  Just a few miles down the road is Idlewild, which was founded in 1878 and is the oldest amusement park in Pennsylvania.  I appreciate older rides such as their roller coast that was built in 1938, and I do enjoy the Daniel Tiger neighborhood that they have built for little kids.  I can’t say anything about their Soak Zone as we didn’t venture into that part of the park, but the rest of the park is nicely catered to those who have children under that age of 12.  Idlewild is the sister park to Dutch Wonderland, and we have been to Dutch Wonderland on multiple occasions, so I assumed that Idlewild would have the same high standards that I have become accustomed to at Dutch Wonderland.  Not so much!

At Idlewild you pay for your parking and tickets at the entrance booth.  Once you pay, then you have to find parking.  They do have plenty of parking, but they lacked descriptive signs to let you know where to go for additional parking, so we just followed a path past cars, packed in like sardines, until 20 minutes later, we found a space.  Unsure of we were in relation to the park, we started to follow people figuring someone had to know how to get the rides.  Once we got to the park, finding a map of the park became impossible.  Typically, at the entrance to the parks you find a stand with maps, but there was nothing.  We started to walk around and get onto rides.  I didn’t really have any problems with the actual rides as they seemed to be pretty well kept, but the ride attendants weren’t very friendly and some of them even ignored the guest while talking with each other.  This made me feel a bit uneasy on some rides, as I want to make sure that my kids and I are safe on the ride. 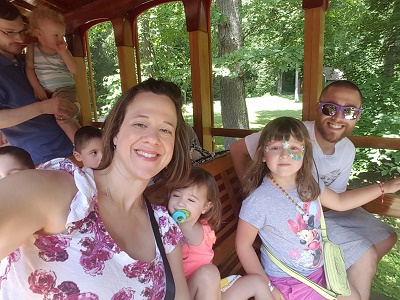 There was one ride I was very excited about, Daniel’s Tigers Trolley ride.  It is a somewhat interactive ride and I was excited to hear that the conductor had a script to follow.  When I hear that there is a script, I immediately think of the Jungle Cruise at Disney and we always get the most amazing and funny guides, but I can’t say that is what we got on Daniel’s Tigers Trolley.  Our guide seemed less than enthused to be taking probably her 10th round of guests, and it was like she was a robot with a monotonic voice.  The ride was great, but again, the attendants fell flat.

Overall, the rides were good and it 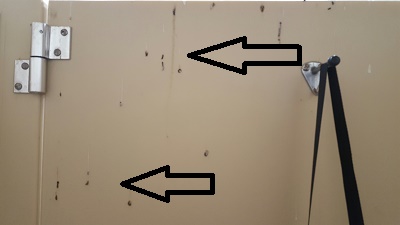 seemed that they were kept in good condition.  However, the park was very dirty.  One of the women’s bathrooms has bird poop all over the floor and stall doors even though there were no birds in there at the time.  Someone dropped their ice cream in the middle of the walk way and when my husband told the game attendant about it, the guy told him someone would eventually be around.  I always take my refillable water bottles to fill them water from the fountain, but there were no fountains in site.  I finally found one but it didn’t work.  It seemed like they were not concerned about cleanliness nor about how satisfying the customer.

Maybe I just have high standards from going to Kennywood, Dutch Wonderland, Hershey, and Disney, but this park could be really great they just need to adjust their level of cleanliness and service.  Will we go back?  Only time will tell.