Are you ready to pack your bags?

Many Americans prefer that their first visit to Europe be to Great Britain because the main language is English.  It is an easy transition and the most people feel comfort in knowing that if something were to go wrong, they know the language and can communicate easily.  One thing that we tend to feel a bit uncomfortable doing in Great Britain is driving, as they drive on the opposite side of the road and some of the lines on the roads are confusing (have you seen those squiggly lines?).  A great way to get around easily, and quickly is by train.  There are also several motorcoach tours with various activity levels and timeframes.

#5 York – York is about a four-hour drive north of London, but it is worth the drive!  When you think of England and a tour with Tudor style buildings, this is that town.  You can easily walk around to the various shops, enjoy a meat pie, or 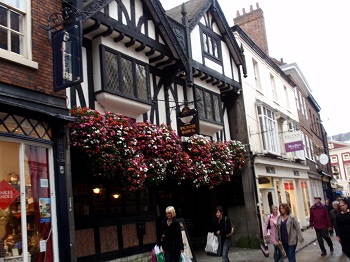 walk along the castle wall.  My favorite part of the town is the oldest street in all England called Shambles.  This street was even said to be mentioned in the 1086 book DomesDay, but to me it felt like I was walking down Diagon Alley, for all you Harry Potter fans.  Crooked buildings, tight streets, crowds of people, and tiny stores make up this street and it is really something to see. 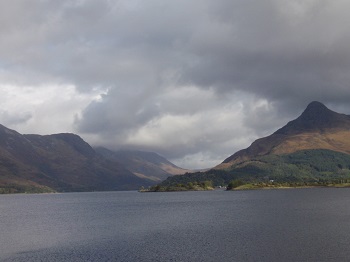 region of Scotland that contains a lot of hills, lochs, and mountains.  Ben Nevis is the highest mountain in Great Britain, and on a clear day you can really enjoy the beauty of the surrounding area.  We were there in October, typically the rainy season, but each day we had beautiful weather and clear skies, which gave us the most amazing pictures.  Seeing Loch Ness was really something that I always wanted to do so standing next the Loch getting our picture taken seemed so surreal and exciting.  Unfortunately Nessie 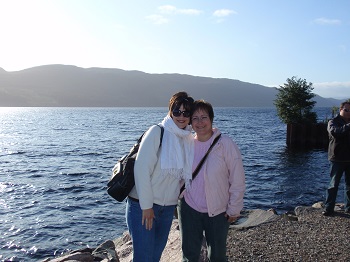 decided not come out that day.  Taking a boat ride on Loch Lomond was another highlight as the surrounding area is so lush and beautiful.  When in Scotland, make sure not to miss out on seeing a Scottish Cow, pronounced Coo by the Scottish.  Also keep an eye out for jewelry made out of Heather. 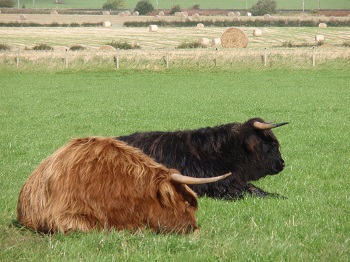 #3 London – There is one thing that I clearly remember I loved about London: the public transportation.  It was very easy to get around whether we took the iconic red bus or the Underground, we were able to easily get to our destination.  We decided to do all things Royal so we visited the Tower of London to see the royal crown and jewels.  As much as I appreciated the jewels, I was more interested in the armor and weapons that they had cached 300 years ago!  Room after room, it felt like it was never ending.  We also opted to take a tour of 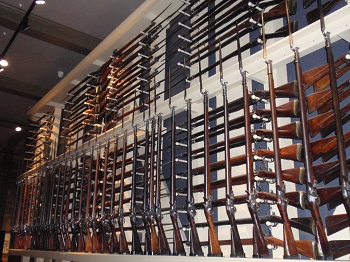 Kensington Palace to see the Princess Diana collection.  So many beautiful dresses to see but the building itself was a bit outdated and plain inside.  While in London, you must take a walk in one of their many parks.  You never know what type of art or activity you may come across, but on a beautiful, warm day there are plenty of activities to do.  Grabbing a pint at a local pub is a must, and this was where I was introduced to Strongbow a “dry” cider produced in Great Britain.  Having this on draft was a smooth as a lager and not sweet like a hard cider you would get in the states.  Since we have been to London, you can now purchase Strongbow here in the states and it is now produced in several flavors.  I have not had it since London, as I am afraid the formulation has changed to suit the American taste buds.

#2 Bath – Bath has been a bucket list item for me since I was a teenager.  The white townhouses all 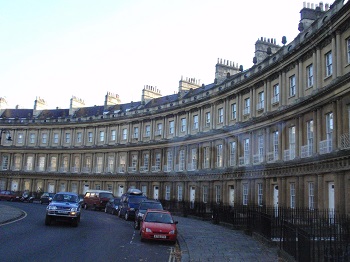 lined up in a half circle, the beautiful country side, and of course, the Roman Baths.  Seeing pictures of people in the early 1900’s in their bathing suits soaking in the baths hoping for some healing or enjoying the warmth of the water, is something that had me curious.  The Roman bath building is quite large containing the main bath area, but there are also several springs that are equally fascinating.  The water is so clear that it is hard to believe that it is unfiltered.  I will warn you that there is a sulfur concentration in the water so there can be an unpleasant smell while 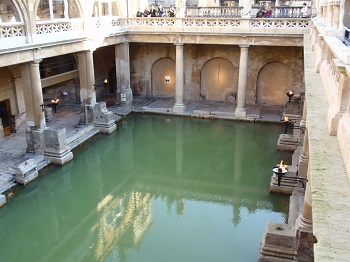 you are there, especially in warmer weather.  You can also taste the water from a special fountain found in the restaurant on site.  I did not as I was told it tasted really bad, and was a darker color than they had expected.  There are several archaeologists that have been digging and uncovering artifacts from hundreds of years ago.  You can also view and even touch some of these pieces.

#1 Edinburgh – Edinburgh is my second favorite city in all the places that I have visited.  You sense the great things that happened in this town, and because the façade of the buildings has been virtually untouched, you get this feeling of going back in time.  It is very easy to get around 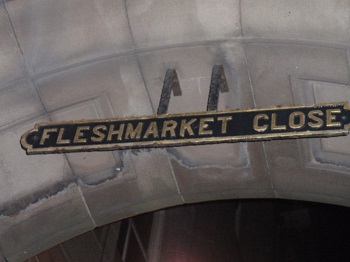 Edinburgh but make sure to bring good walking shoes, as the Royal Mile is something to really see but hard on the feet.  I really enjoyed walking through “Closes” which are alleyways that sometimes underground.  Many people hang their clothes out to dry in these areas, and this is also where the saying “Heads Up” originated as they would throw their bed pan material out the window to the street below.  My favorite tour was of Mary King’s Close which is an underground city that has been untouched since medieval times.  Seeing how people lived at that time is sad but a good reminder of how much we have progressed in the world.  Edinburgh Castle is a 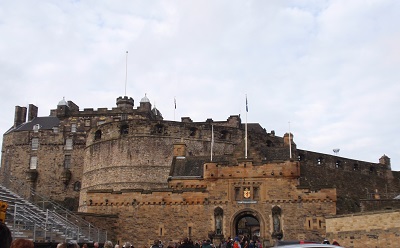 must and if you are there when the Military Tattoo is being held, I highly recommend seeing this show.  Once you are done at the castle a stroll down the Royal Mile to get in some shopping and/or whiskey tasting is must.  Once at the end, make sure to visit Holyrood Palace, home of the Queen of Scots!

I always like to end these segments with food of the region!  Fish and chips can be purchased everywhere throughout Great Britain, but the best Fish and Chip places that we found were those where the construction workers would eat.  Once place was just a Fish and Chip store with no seating, and it was the best Fish and Chips that I have ever had.  Another interesting food that is easy and quick is the meat pie!  You don’t have to get meat as there are cheese and vegetable options, but these great to get when you are hungry but want to still walk around to take in the sites.  Let’s end with some Haggis!  A food staple in the Scottish culture and one of the most flavorful dishes I have ever had.  If you don’t know what haggis is or how it is made, skip knowing, and try it.  Believe me, your taste buds will thank you!